“An Irish Story: This Is My Home” Coming Soon to Digital and DVD 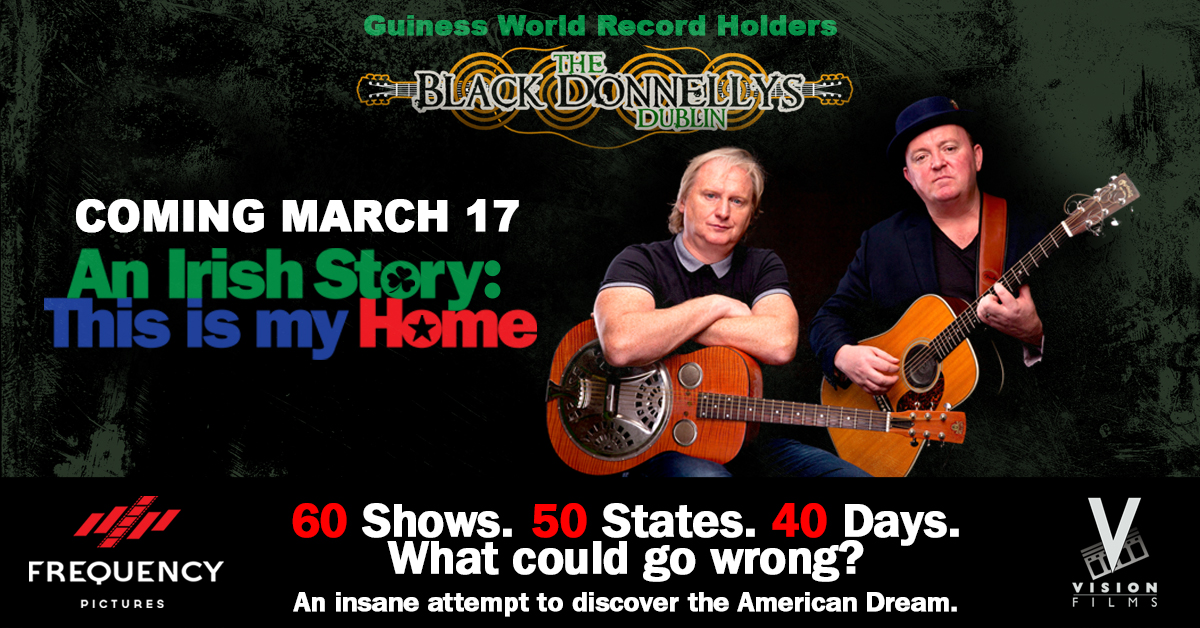 HOLLYWOOD, CA – February 25, 2020 – 60 shows. 50 states. 40 days. What could go wrong? Find out what happens when beloved Irish band, The Black Donnellys set out to break this ambitious world record when Vision Films and Frequency Pictures present An Irish Story: This is My Home.

Following The Black Donnellys’ Dave Rooney and Dave Browne’s journey across the United States, this joyous, inspiring and hilarious documentary shows the incredible power music has to bring people together and the positive effect that immigration has had on the country. Directed by Karl Nickoley and featuring original music by The Black Donnellys, An Irish Story: This Is My Home arrives on DVD and video on demand just in time for St Patrick’s Day on March 17, 2020.

The Las Vegas-based Irish band, The Black Donnellys are no strangers to world records, with Dave Browne currently holding the Guinness World Record for guitar playing for over 114 hours straight! The band, who are currently in residency at Mandalay Bay, chased after their newest challenge to complete 60 shows across 50 states in 40 days with passion and resilience, despite natural disasters, injuries, financial difficulties and transport troubles. “There were a lot of downs. This trip was insane,” said David Rooney. 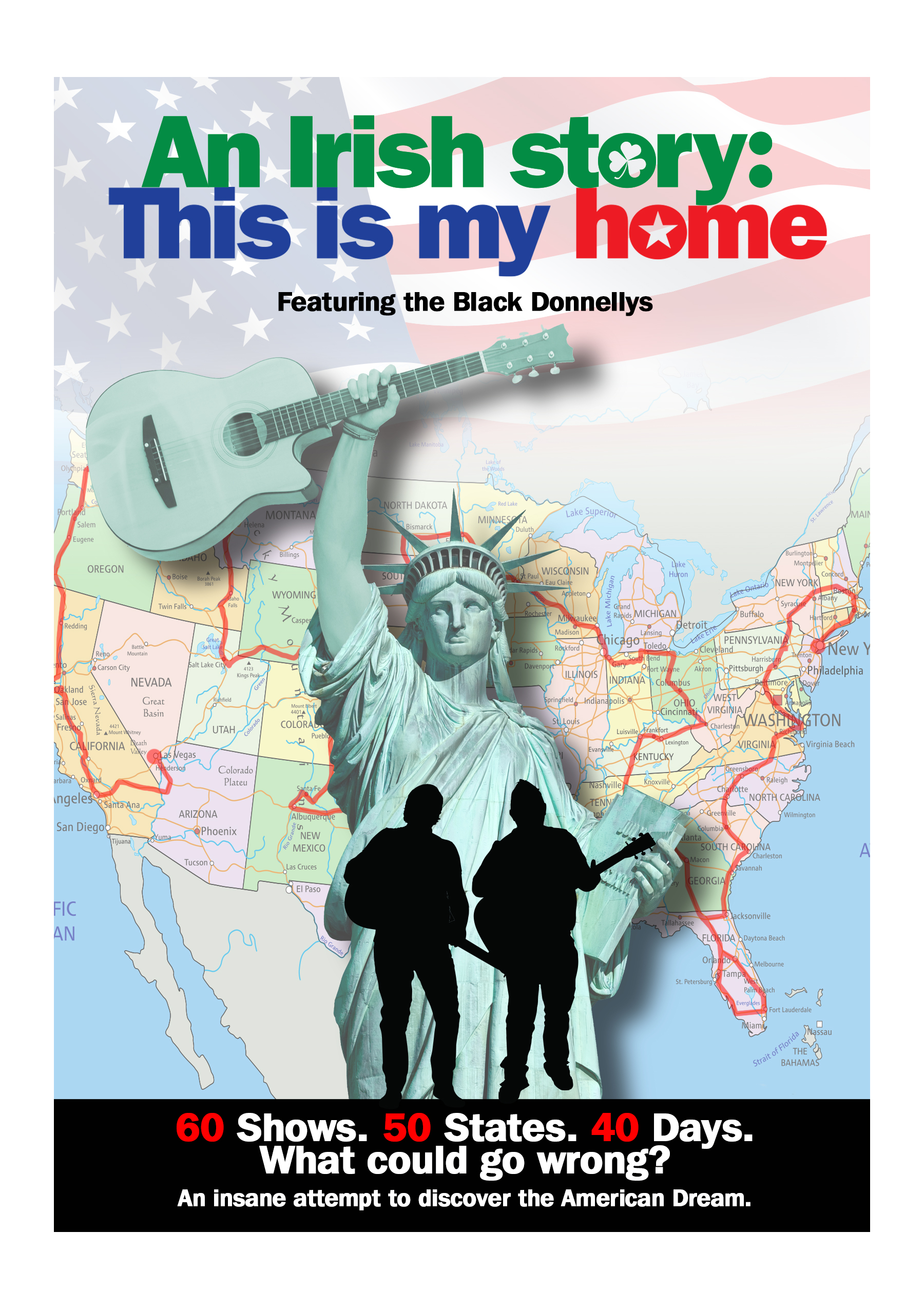 Synopsis
Pursuing the American Dream in an RV, The Black Donnellys embark on an adventure to set a Guinness World Record, playing 60 shows in all 50 US states in just 40 days. These rambunctious guitar-slinging, pint-drinking Irish immigrants connect with fans through music on an emotional whirlwind road trip full of friendship, original music, and laughter.

An Irish Story; This Is My Home will be available on digital on March 17 for an SRP of $4.99 – $9.99 from platforms including iTunes, Vudu, Google Play, Xbox, Amazon, and FandangoNow, as well as cable affiliates everywhere and to buy on DVD for $12.99 online at all major retailers.

“Dave Rooney and Dave Browne aren’t just performers, they’re immigrants who are setting off on an adventure to discover America”, says director and executive producer, Karl Nickoley. “Along the journey, they explore the country’s deep Irish heritage, and their wider relationship to recent immigrants from across the world. In our time of introspection and reflection as a nation defined by immigrants, these two musicians offered the perfect opportunity to discover our collective national character. Does the American dream still exist?”

“We are so excited to be bringing An Irish Story: This Is My Home to the world”, says Vision Films Managing Director/CEO, Lise Romanoff. “It’s such a fun journey to take with these guys and makes you realize that when you put your mind and will towards achieving a goal, anything is possible. It’s a must watch!”